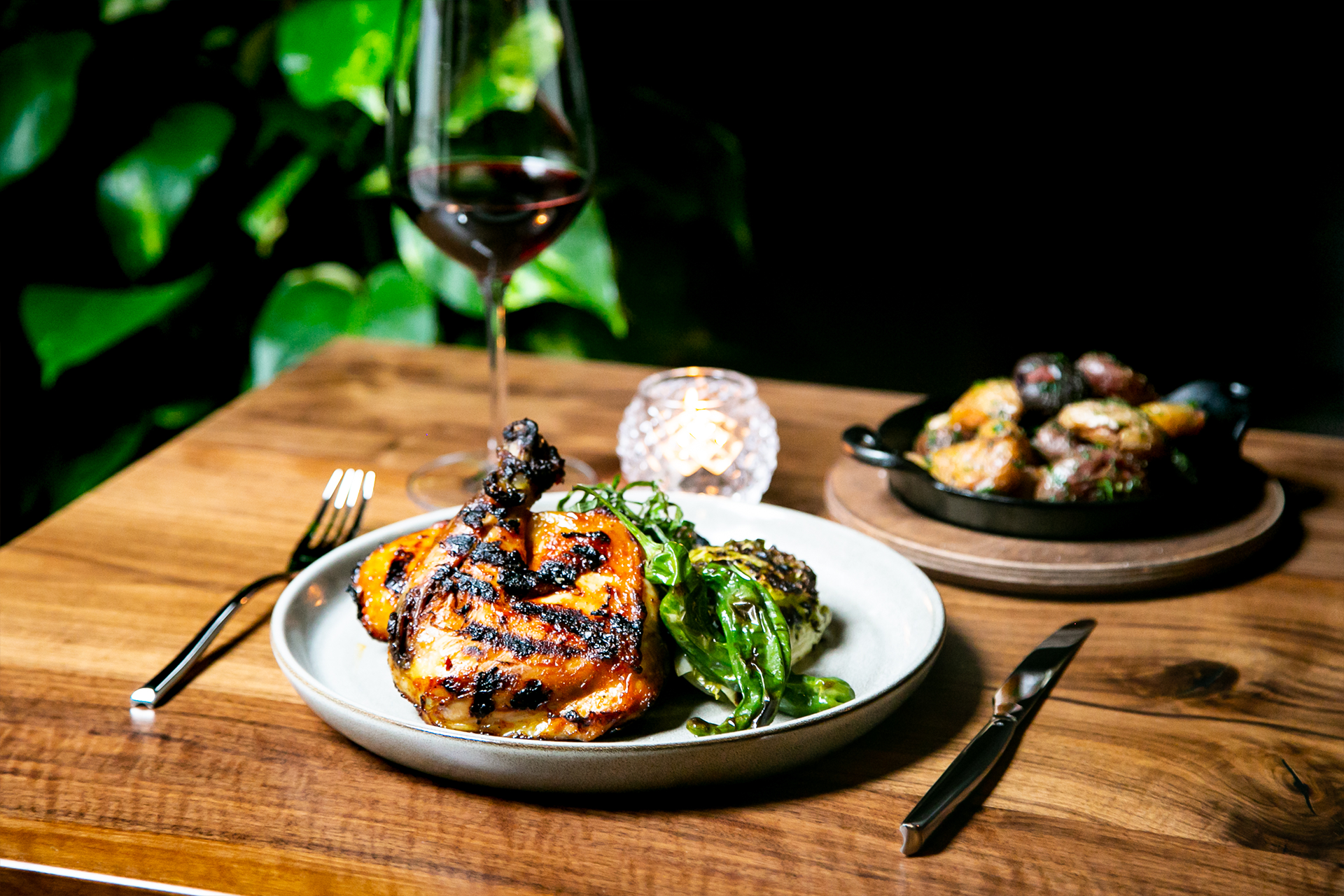 About twenty years ago, when the term “Asian fusion” began showing up on restaurant manifests, it all seemed a little too pat: Take a chicken, give it a dash of Asian spices, roast it and serve it with mashed potatoes and mango on the side. The trouble was that outside of a two-week tour of Vietnam and Cambodia, the American chefs had very little experience working with Asian ingredients and techniques and few options for obtaining the kind of indigenous ingredients actually used in those countries.
Nevertheless, from New York to London to Paris, elements of Asian cuisine—especially Japanese—became part of the western way of cooking, so that today it’s difficult not to find some form of sushi, kefir lime, kimchee and Sriracha on American menus. Sakes are now more numerous than cognacs. In effect, evolution has turned “Asian fusion” into a far more harmonious style than it was when the availability of good ingredients was next to zero.

Hortus NYC is a very good case in point. Open just three months now, close to Madison Square Garden and the Garment District, it is set on two floors, the first centered around an open kitchen with a pink marble counter and a Chef’s Table; the second is the main dining room, a handsome, well-lighted space arranged with cushy deep green leather banquettes, sconces hung on wood-framed deep green walls and bare wooden tables with candles on them. A wall of glass lets in the city’s lights. In spring a garden area will open.

Partner and general manager Suhum Jang (formerly at Per Se, Daniel and Jung Sik) is a fine host and you sense that he’s really intent on wanting to please you, as much with the overall tenor of the restaurant as with the imaginative, beautifully presented cuisine of Chef Seungjoon Choi, formerly of Blanca, Marea, Lowlife and Gammeok. The Eastern-Western crossover is clear on the menu, but I can’t quite figure why there’s a whole section of cheeses and charcuterie, which, while varied, seems out of place. The wine list is adequate for the cuisine, and there’s a list of specialty cocktails ($11-$13), Japanese beers and 14 sakes. Plates are of rustic ceramics fitted to the colors of the dishes.

You might want to begin with “raw” dishes, which is a combination of traditional raw shellfish American style that includes a remarkably good King crab ($8), a species that generally lacks luster and tastes watery, but here the addition of crème fraiche, an Asian pear and red sorrel makes it a novelty in the best sense. A scallop ceviche gained interest from orange, Calabrian chili and cilantro ($), but jalapeño, cucumber and avocado did nothing to enhance shrimp cocktail ($8).

There is another appetizer section, and here’s where things get exciting, from a perfectly crisp calamari tempura, whose center remained creamy, with Korean shiso and a spicy mayo ($14) to Ssamjang hummus of roasted chickpeas and seasonal vegetables ($12). Wonderfully and subtly smoky was grilled eggplant with minced pork, mozzarella, pine nuts and breadcrumbs ($15)—a dish that seemed to sum up the best that Chef Choi is striving for, as does his simply named but complex mushroom stew chockfull of Oregon matsutakes, golden enoki, shemeji and king trumpets with puffed rice and tender bamboo shoots ($17).

“To share” items are generous, like the braised pork belly with shiitakes and bok choy ($30) and a superb grilled ribeye of beef with romaine, mushrooms and galbi sauce ($42) that made me think of Benihana without the pyrotechnics and juggling. A big bowl of steamed cod, scallops, mussels and shrimp in fragrant Thai basil and bright kaffir lime ($25) had levels of deep flavors that just kept revealing themselves spoonful by spoonful.
Desserts so rarely succeed in living up to what precedes them in Asian restaurants, but Hortus’s mango rice pudding made with condensed milk and black lime ($7) is rich and delicious, while Thai tea crème brûlée with berries ($6) was pleasing if nothing more.